Nurul asmah 07.36
Back in the late 1880's, about when my grandparents were making their way to America, another immigrant was also finding regions and parts of this country to call home. Derived from the Europe and western Asia, the Brown trout has now established itself throughout America's lakes and rivers. Brown trout fishing is one of the most popular forms of fresh water fishing for a number of reasons.

TYPICAL CHARACTERISTICS
This species is found in a wide range of habitats, partly because of its ability to tolerate warmer waters than other trout varieties, and also due to its adaptability to various locations. Browns spawn during the September and October months, seeking out gravel covered shallow streams. Just prior to spawning, these fish become very aggressive with their feeding habits, and the catch rates pick up after the slow summer months. 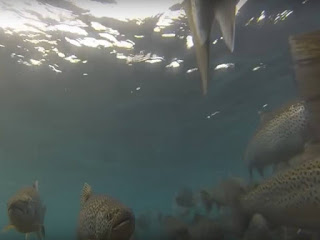 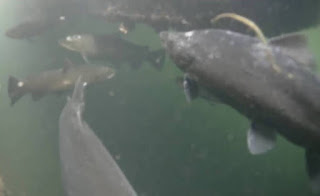 When planning fishing sites, remember that brown trout congregate around structures, and in deep troughs near points. You will recognize this species by the buttery color on its body with darker black and red spots down the backside. These fish are commonly caught in the 8-10 pound range, but much bigger browns are setting records quite frequently. After all, this species of trout lives a relatively long life with a 20 year average, and possible lifespan of more than 35 years.

BROWN TROUT FISHING
Consider first of all, that brown trout are well-known for their picky appetites, and seemingly intelligent behavior. These fish bring an excitement to fishing that adds to their popularity. They are fierce fighters and yet create a lot of frustration with anglers because they are more difficult to catch. Simple tactics that may be successful with other species just won't work with Browns. 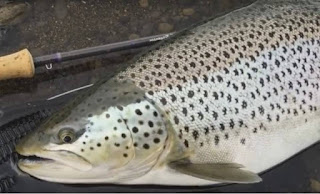 When a brown trout has been hooked, it reacts differently than other trout. While rainbows are known for their acrobatic presentations, these fish will instead head directly for any obstacle in the area, dodging, darting and jumping, trying to tangle and break your line, which oftentimes is exactly what happens. These escape tactics are part of what makes brown trout fishing so inviting, and all the more rewarding when successfully mastered. 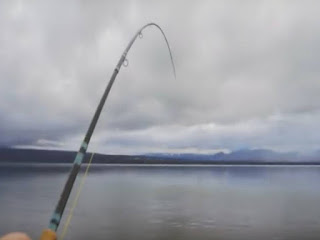 Selection of lures, bait or flies is similar to other trout fishing methods. As with these, be sure to consider things like weather, sunlight, season and location, so that you have a good idea of what natural baits are already on the trout's menu. Increase your odds of success by understanding what the fish are looking for. For example, in winter months, when the fish are moving slightly slower, nymphs work well as they cover lots of water surface quietly. On the other hand, in warmer months, dry flies cast away toward reeds or grasses will work best. Casting upstream and diagonally will allow your fly to float downstream toward your target.
Consider what is a natural prey to the fish. If you are imitating grasshoppers that may land in the water, cast your line so the lure lands with a thud, as a real grasshopper would, and then retrieve it with erratic jerks that will get the attention of your intended catch. Look around for different kinds of insects and bugs that might attract the eye of a trout, and go with that. 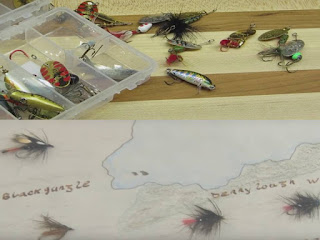 Wet flies are very popular with brown trout fishermen, because a large part of the brown's diet comes from insects that fall into the water, drowning and sinking down. Using a soft hackle pattern that simulates one of these drowning insects will be too tempting for the brown to resist. To best achieve this scenario, cast diagonally downstream and allow the fly to coast across the flow of the current, until it is below your position. Proven flies and lures include those that imitate most aquatic insects and invertebrates, including ants, beetles, grasshoppers, caterpillars and worms.

SEEK SUCCESS
When fishing for brown trout in lakes, you have to understand that they will be hiding out in areas with weeds, shallow water, rocky areas and obstacle-strewn locations. They prefer water that is in the 65 - 75 degree F. range. Dropping your line to the bottom of a deep lake will not fill your creel with any browns.

Use your knowledge of what they are looking for, the influence of the current conditions and your selection of lures and flies to find what works. When you do, stick with it, and enjoy the thrill of catching brown trout!