Nurul asmah 07.00
Are you in the market for a new motorcycle? About 500,000 people each year are in the United States alone. If you are new to the sport and are looking for some advice, perhaps I can help you narrow your focus a bit.

The first question to ask yourself is what is your planned use for this bike? At a very high level, motorcycles are grouped into some pretty broad categories. Are you looking for a bike to be ridden off-road, or are you in the market for an on road (street) bike? For this article, I'll focus my guidance on those of you who seek some form of street legal road motorcycle.

On road motorcycles are typically grouped into various classes based on the general style. Then within that style they are often sub-classed based on the size of the engine. For this discussion, we'll classify on road bikes as follows: 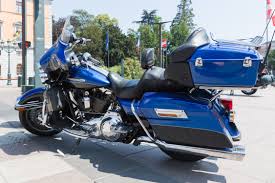 Touring bikes are bikes which are designed with longer distance travel in mind. Examples of bikes in this class include: Honda Goldwing, Harley Davidson Electra Glide, Yamaha Royal Star, BMW K1600. These bikes tend to be on the higher end of the price range most of them topping the $20,000 mark and topping out in the $30,000 range. These motorcycles tend to come with long distance travel in mind and often come with creature comforts such as large luggage bags, heated grips, GPS Navigation, CD changers, power adjustable wind screens, integrated intercom systems and other creature comforts. These bikes tend to be the heaviest you can buy and usually come with the largest engines available. If you plan to take weekend or longer trips crossing hundreds of miles at a time you should seriously consider a bike in this class. 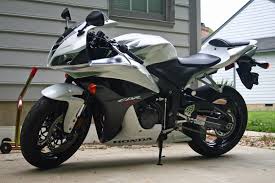 Sport bikes are built with speed and performance as a primary focus. This type of bike is typically the lightest you'll find. When shopping for a bike in this class, the more you spend the less the bike tends to weigh. This class of bike is fiercely competitive and the performance bar rapidly changes. Engine sizes tend to fall between 250cc and 1000cc within this class. If you're plan is to ride the twisties on the weekends while dragging your knee just off the pavement, this is the type of motorcycle for you. Examples of bikes in this class include: Honda 600RR, Yamaha R1, Kawasaki Ninja, Suzuki GSXR.
Despite the fact that people use these bikes in this manner every day, this type of motorcycle is meant for short preferably non interstate highway based trips. These bikes are also less than idea for a passenger. While they typically do offer a second seat, the combination of the hard seat, high passenger foot pegs, and the fact that the two riders weight can be uncomfortably close to the weight of the bike make them a less than ideal choice for hauling a friend. 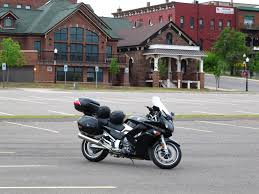 Sport Touring bikes are meant to sit right in between a touring bike and a sport bike. Touring bikes tend to be very comfortable to ride but tend to be really heavy and more difficult to maneuver. They also tend to be geared with highway cruising in mind which means they can be a bit slow off the line. Sport bikes on the other hand are wicked fast and nimble but are very uncomfortable to ride long distances. Sport Touring bikes try to be the best of both. More comfort for longer rides while offering a lighter weight than their touring siblings. The engine tends to be geared a bit more aggressively and the weights tend to be heavier than a sport bike but lighter than a touring bike. Examples of bikes in this class include: Honda VFR, Yamaha FJR1300A, BMW R 1200RT. 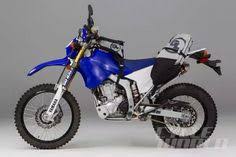 On/Off Road bikes are meant for the rider who wishes to use the bike for on road riding as well as off-road riding. These bikes are the most versatile but tend to not be well suited for longer road trips. The bikes are typically fitted with off-road knobby tires (to support off-road use) and as such tend to produce a rougher and noisier road ride. Examples of bikes in this class include: Yamaha WR250R, BMW G650S. 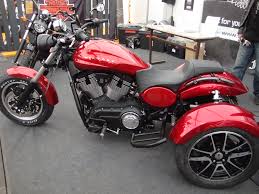 Cruiser bikes are the types of motorcycles most people visualize when they hear the word motorcycle. For simplicity, I've included special purpose bikes such as custom choppers into this class. This type of bike tends to be the most highly personalized type of bikes. These bikes are much better than sport bikes on longer rides but not nearly as good as a touring bike which has been designed from the ground up with this type of riding in mind.
They tend to vibrate more and sound a bit louder (in a good way). All of this noise and vibration does tend to fatigue the rider however. If loud pipes and lots of chrome get you really excited, this is the type of bike for you. These bikes tend to work really well for passengers as well (much better choice for two riders than a sport bike and in many cases better than a sport touring bike in this area as well). Examples of bikes in this category include: Yamaha Star, Honda 1300 Custom, Victory Judge.