Nurul asmah 07.00
There is still an amazing notification that surrounds social networking and the latest thing to hit the social network is the introduction of direct communication from celebrities and sports athletes. The rich and famous now take to their Twitter to 'tweet' out against the press with stories that have been written about them and to confirm or deny the latest gossip. It is the same for the sports social network world. One good example would be Olympic swimmer Michael Phelps, as he has one of the most popular Facebook Fan Pages in the world. 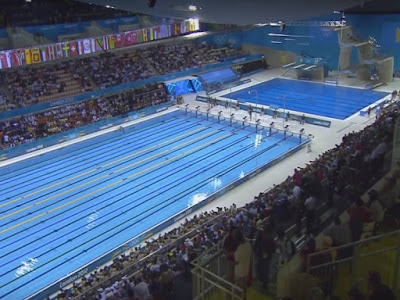 pic. Olympic swimming pool
Michael Phelps uses his fan pages on Facebook as an online diary, as a forum to communicate with his millions of fans. 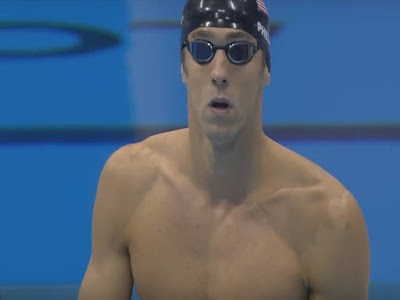 Michael Phelps
He talks about his personal experiences, shares videos of himself and uploads pictures of himself and pictures of sponsorship's he is involved with. Recently, when controversy struck Phelps and he made the headlines, he took to his Facebook to apologize to his fans.
It just shows how this new social network generation wants to be able to communicate with their sporting heroes, something that was never possible in the past. The sports social network also presents a new real time form of communication that can react faster than the press. If a piece of real time news appears on someone's Twitter or other sports social network then it can quickly spread across the internet before the press has even found out.

Not only sports news, but recently the personal news of sports personalities has also been appearing, directly from the personality themselves. Not so long ago Lance Armstrong informed his million fans worldwide that his girlfriend had given birth to their son, Max. The proud father then went on to show off pictures of his newborn and all this has been made possible with social networking.

Although online social networking is only in its infancy, it is easy to see how quickly it has adapted and how a sports social network can now bypass the media completely and allow for sport athletes to communicate directly to their fans in a way they want to.

Shaquille O'Neal a player for Cleveland Cavaliers is also another athlete who is not shy to sport social network sites. 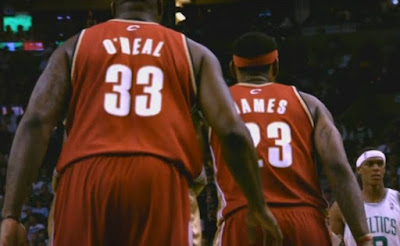 With over two million followers on Twitter, this sport celebrity speaks daily about his thoughts on news in the sport world. A few months ago he even shared his thoughts with the online world regarding an NBA trade and even answered questions directly to his fans.
Overall it is interesting to see where social networking technology will end up taking us, especially within the sports industry. For now it offers a fascinating window into the personal lives of our celebrity -obsessed culture and shows no signs of slowing down just yet.